Skip to content
I invite readers to comment on my articles. If you have any questions or comments please use the comments sections to say something. I have added the Disqus comment system so you can now comment wiht your FaceBook, Twitter, or Google username is you don’t have a Disqus username.
I request you do use the comment over the email because it’s really important for the information to be spread around. If you ask me a question and I answer then it’ll be better for other people to gain the information as well.  Also, by commenting on my blog it’ll motivate me to keep this blog updated so, I would appreciate it if you do so.
In order to comment please click on the article title to go to it’s page and on the very bottom you will see the comment form. You can comment as a guest if you want.
Thank You
What I love about the medical field is that the student population is ethnically diverse.  I have met students who are Jewish, Hindus, and Muslims. Most of the students I worked with in clerkships are Muslims, even the doctors are Muslims. And they only eat out to restaurants that serve “halal” meat. They will also buy meat from certain grocery stores that provides them.

Halal meat is a clean type of meat that is slaughtered by hand or machine that kills the animal in the most human way where it inflicts the most littlest pain. Halal meat also must be slaughtered in an Islamic way. Muslim students go to the north or the south because unfortunately halal meat is expensive in the Chicago city area. There is one grocery store in hyde park but it’s meat is very expensive.
Usually the stores that serve halal meat have the “Zabiha” word or in Arabic (حلال). Stores that provide kosher meat have the symbols with a U or K in a circle on their packages. Apparently these symbols on packages or in menus define how the animal is slaughtered for consumption.
Halal Meat:
Valley of Jordan
1009 E 53rd St, Chicago, IL 60615
(773) 363-9810
Prices $5+/pound for both beef and chicken
Al-Amal Grocery & Bakery
7289 W 87th St
Bridgeview, IL, 60455
(708) 237-2625
10am–11pm
Prices: Around $2/pound for chicken and around $4/pound for beef
Nayab Mart
2449 W Devon Ave
Chicago, IL 60659
(773) 262-9200
Prices: Around $3+/pound for both chicken and beef
Lasani Zabiha Halal
2445 W Devon Ave
Chicago, IL 60659
(773) 761-5555
Prices: Around $3+/pound for both chicken and beef
Kosher Meat:
Next to “Little India” is also a Jewish community. So for the Jewish students you can get kosher food from there.  The following are stores that provide kosher meat:
Ebner’s Kosher Meat Market
2649 W. Devon
Chicago, IL 60659
773 274-0430 or 773 764-1446
Gitel’s Kosher Bakery
2745 W. Devon
Chicago, IL 60659
773 262-3701
Kol Tov Kosher Foods
2938 W. Devon Ave.
Chicago, IL 60639
773 764-1800
All the stores that offer halal meat also offers Indian spices, I mentioend it since I know half of the medical student population from ALL medical schools are from South Asian origin (Indian, Bangladesh, Pakistan, Sri Lanka).
I know some Hindu students don’t eat meat. Most stores I mentioned above have delicious vegetarian and vegan dishes. But for groceries you can also find a lot of good stores for vegetarian dishes.
Patel Brothers
2610 W Devon Ave
Chicago, Illinois 60659
(773) 262-777
Also if you live around Hyde Park there is an India vegetarian restaurant.
Rajun Cajun
1459 E 53rd St #5,
Chicago, IL 60615
(773) 955-1145
As medical students we are constantly under pressure. We have to handle multiple things on top of studying, such as rotations, research papers, assignments, final exams, etc. But one thing that’s always on our mind is “do I have enough money”. We have numerous loans and some of us have to stretch our budget in order to make due for the month. But wouldn’t it be great if we could make some extra cash on the side. Getting a job while doing rotations is out of the question. How about cash that is constantly generated everyday even when we are not working. If we could make some amount of cash per month without doing work that would be able to pay for the bills and it’s one less headache we have. Do you ever think about making money online? People get rich from making money online and it’s no secret.
Do you know every medical student has the capability to make money online; it’s just they don’t know it yet. They don’t even know what to do or how to start. I made money online since I was in high school. In undergrad college I made enough money per month to pay for my rent and food; my parents didn’t have to pay a dime. After medical school started I sold all my online businesses and went to focus on my medical studies. However, with time I thought I should share my knowledge and gain any monetary benefits from it. 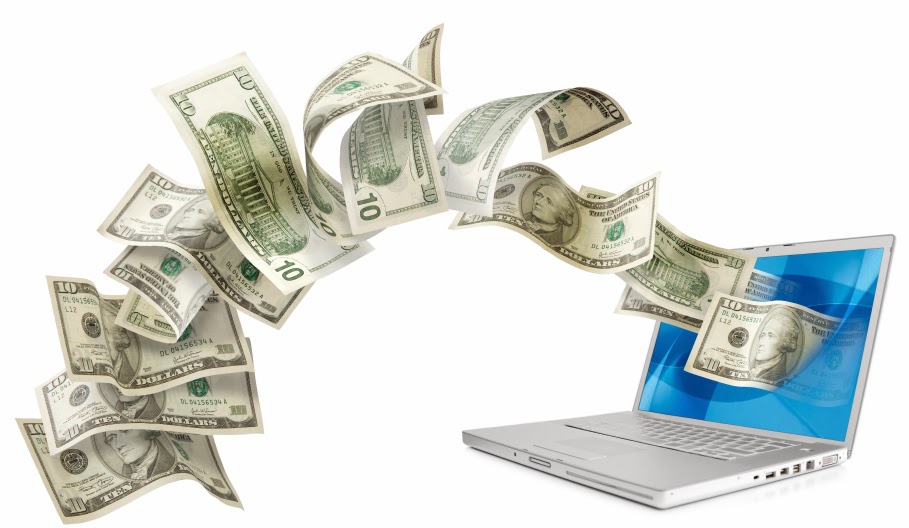 Who pays for the online revenue:
In order to make money online you have to have a web site. I have been making websites since I was in my early teens as a time killing hobby since my parents didn’t want to give me a video game system, and I’m in my late 20s now. Therefore, I have accumulated a lot of experience in this field. The key to making money online is making content. Online content is basically your opinions, information, advice, etc. Making money online is like being a doctor, you have to make a website on a topic that you are passionate about. If you want to talk about cars, make a web site about cars, if you like fashion, then make a website about fashion, and the money will flow in. So if you want get started then you can ask me or research online, either way you will make some money.