Skip to content
You know working in the hospital allows you to work with different students with different interests.  One of the differences of interest is the type of devices you have to use in order to communicate.  Some students have an Android device while others have an iPhone device.  And group texting is a pain when majority of the people you group text has an iPhone and there is one or two persons who have an android. 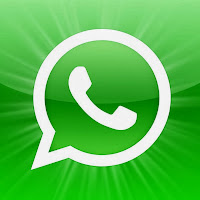 iPhone’s iMessage allows anyone with an iPhone to group text on 4G or Wi-fi and it’s simpler.  It doesn’t work for someone Android devices.  Therefore there is this app for both iOS and Android called “WhatsApp”.  This app allows people with any device to group text or group chat together and share files flawlessly.
This works via data so if you have a data plan or wi-fi then this would be perfect for your use.  This app was very useful in terms of getting groups together during my internal medicine rotation.  Internal medicine by itself is intense and requires alot of attention and so you don’t have time to deal with other things.  You also need constant communication with your team to get the work done before your attending doctor shows up for rounds.
Also, I’m not getting paid to promote this app, I’m just writing this post in order to help the medical students be more efficient during rotations.
So, now Bonaire campus will no longer be taking new students and the accreditation of the Bonaire has a time limit to end. I graduated from Bonaire and I am in my clinical clerkships and I’m less than a year left till I finish. So the question is should I stay with SJSM or transfer out to a better school. Either way I will be counted as a transfer. However, it would look worse to have two transcripts from two different schools. If I stay with SJSM then there will be one transcript. I could wait and see what happens but I need to register for Step 2 CK and especially Step 2 CS. It’s better to register for Step 2 CS because of the wait time it requires.
Having a transfer counts as a negative and so I have to do extra things to make my application look good on top of a great Step 2 CK score. Such as having good letter of recommendation from a director of a program, have good clerkship grades, and also include research. I have to cover all angles.
Research is required by SJSM in order to graduate anyways and so you may as well start research ASAP. Also it’s better to have Step 2 CK and CS completed and get ECFMG certified before you apply for residency on September 15th. When I mean ECFMG certified that is having the certification in your hand. You only get the certification after you pass Step 1, Step 2 CS, and Step 2 CK. And having the certification will allow you to apply to more residency spots.
So basically I will stick with SJSM because transferring is another pain in the butt and getting refund from SJSM is another headache.
Well, after all the run around of rumors we finally get the truth. The Bonaire campus for Saint James School of Medicine is now closed. I called up some sources to find out why this was the case and it started years ago; it was all about money. You would think SJSM would gain more accreditation because it’s in it’s second decade and the number of students getting residencies are increasing but no. Apparently from what I found out, the Dutch government wanted a percentage of the profits from SJSM in order for the school to run in Bonaire. This happened after the Dutch started to move in, because according to them the students were causing trouble to the local Bonarians. Good riddance to the locals because the local Bonarians used to rob from the students and now they won’t have that $10+ million per year from students. When I was in Bonaire the locals treated me badly and they gave me such a hard time because I was a foreigner. They would also overcharge me in Subway multiple times and I couldn’t say much. Now those Bonarians will not have laptops to steal from students or their cars.
Anguilla Campus Extension for Bonaire Students
A source from Anguilla said that construction, and yes you read it right, construction of a new campus is currently going on for the Bonaire students who are coming in. The construction for the Bonaire students are being done on steroids; he said he has never seen something being done like this so fast by SJSM. Also, new computers and new network systems are being installed and upgraded for the big change.
The new building will only house the Bonaire students and teachers. While the Anguilla students will be in a separate building. Unfortunately, Bonaire students are loud, rowdy, and aggressive compared to the Anguilla students. So this is going to be a wacky mix.
Transfer Status
Apparently all of us Bonaire graduates in clinical clerkship have our transcripts with the Anguilla location. I spoke with someone and he said that since we are not transferring schools there would not be transfer status on the transcript. The only way to see the transfer status would be to see it on ECFMG papers, which is unlikely done by the residency program directors. So when you submit your transcript it should just say Anguilla. However, I could be wrong so take this information with a grain of salt.
Anguilla Accreditation
If you hear anything about Anguilla campus closing down in January from someone, especially from a student from another school, just take that with grain of salt also. SJSM is having a new building built for the incoming students, and building a new building on those islands costs a lot of money. On top of that, the Anguilla locals favor the students and they want the students to stay unlike the Bonaire locals, according to and Anguilla source.